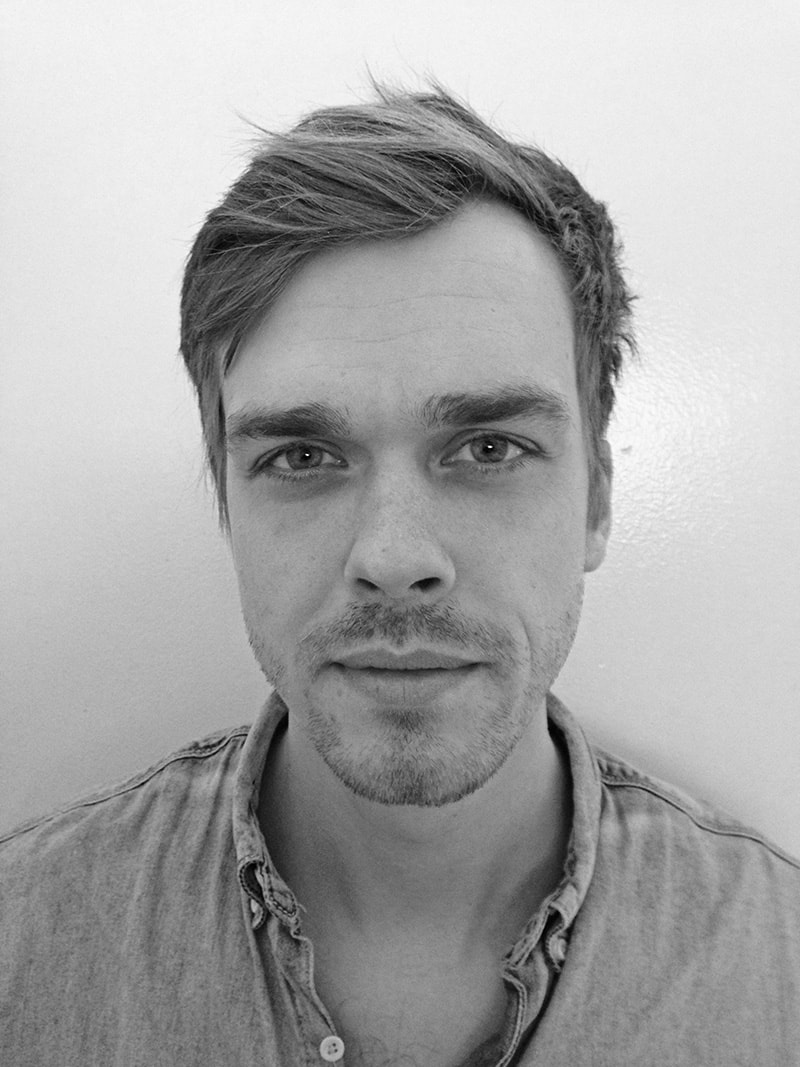 In August 2019 Kontrapunkt opened the solo exhibition Sculptural Type at the Ginza Graphic Gallery in Tokyo.
Several of Kontrapunkts typefaces where presented using projected video material on top of physical laser cut objects.
I developed and built custom made Raspberry Pi based players for the exhibition - each playing up to five different videos, controlled by foot pedals.
The casing was modelled using SketchUp and printed on a Makerbot Z18.
I used keyboard sustain pedals with standard 6.35 mm mono jack connectors as they are cheap and can easily be replaced if broken.
— 3D print, Raspberry Pi, Python, Sketch Up 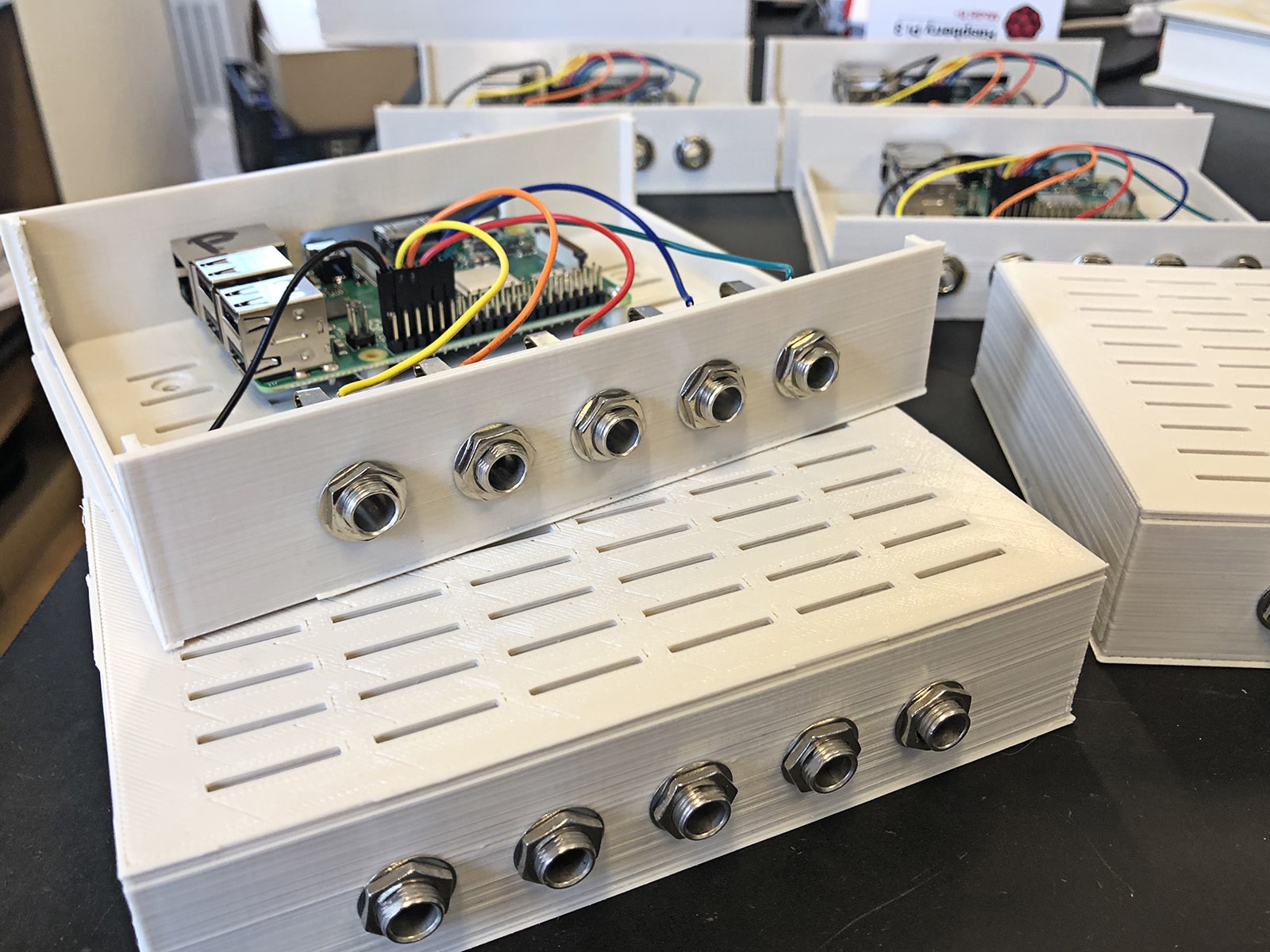 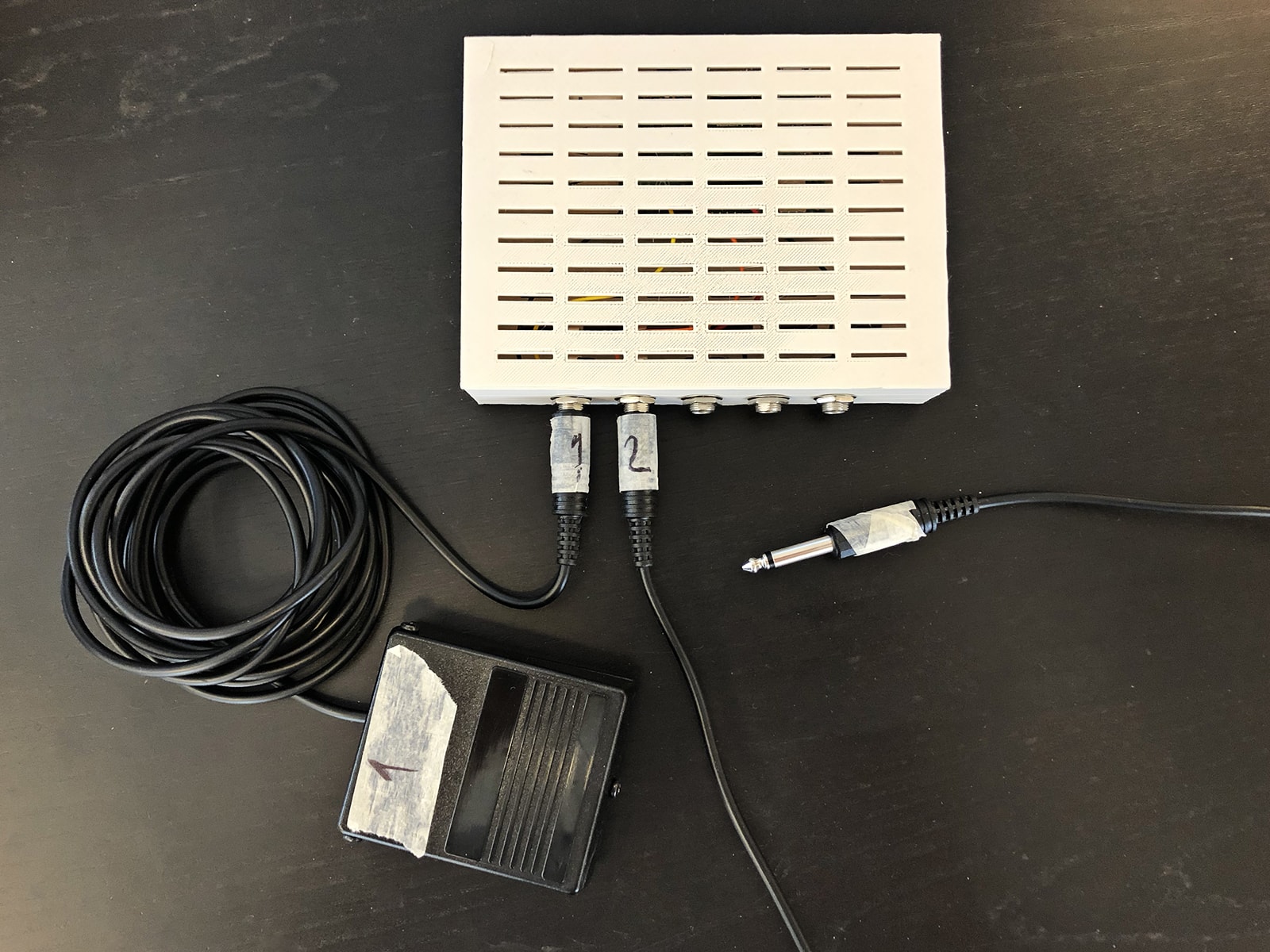 Images from the exhibition

In 2018 Dansk Arkitektur Center launched a new visual identity created by Canadian graphic designer Bruce Mau.
I build a web based tool for DAC allowing them to easily edit their new logo and export rendered images or animations.
The tool allows the users to change anything from light-settings to colors, environment maps (reflections), scale, rotation and position.
Animations can be saved as PNG sequences or published to the live website.
— Developed using HTML, JavaScript, three.js and PHP

NORD is an interactive narrative that offers a new nordic aesthetic through a playful and multi-sensory reading experience through text, image, sound and animation.
NORD was built for iPads but runs in any modern browser.

I was part of the conceptual process and developed and designed the three.js based custom made 3D editor and viewer. The editor allows users to build 3D scenes with triggered text and sounds. Animations and further interaction is easily implemented through JavaScript. 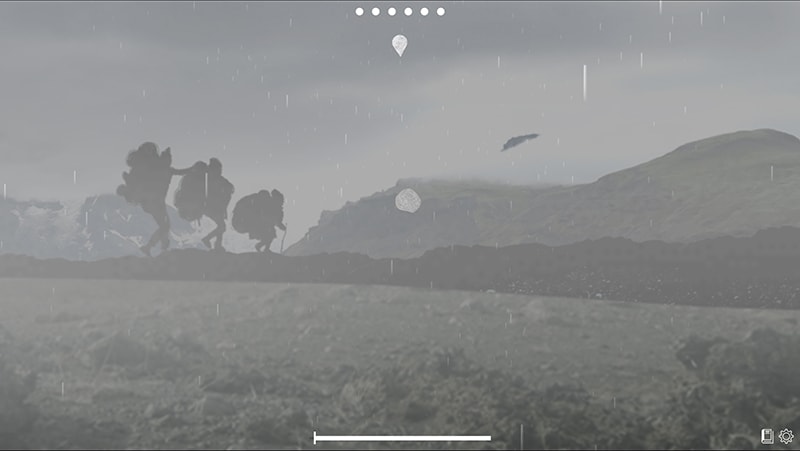 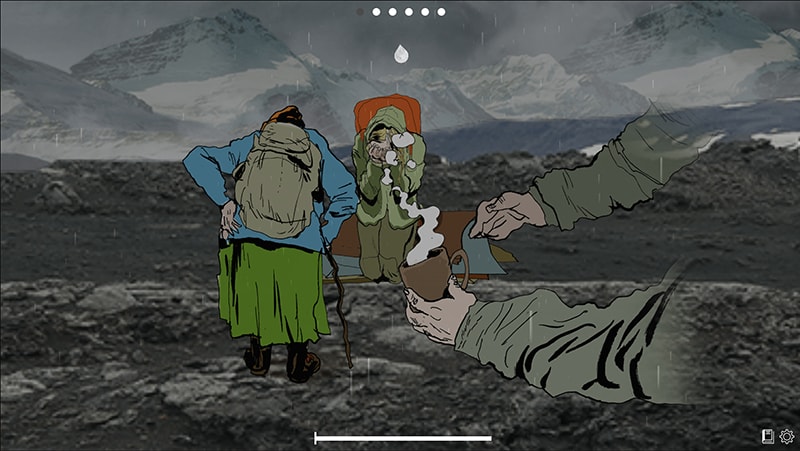 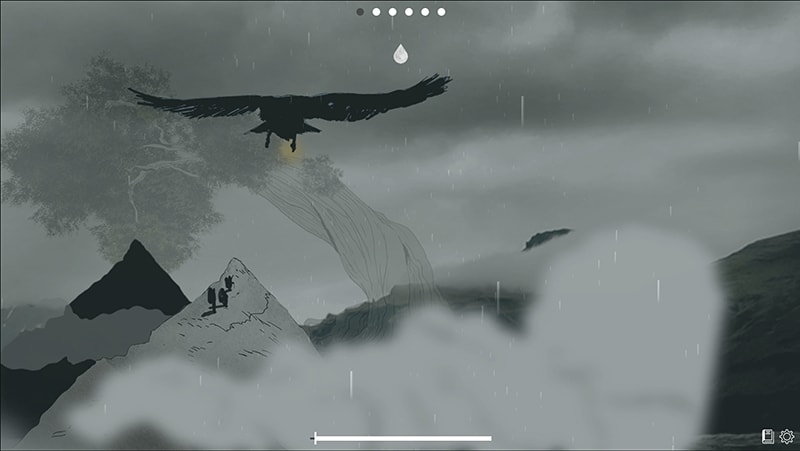 Screengrabs from the viewer.

Video of editor and viewer.

A browser based tool for The Royal Librarys exhibition "Blind Spots" that marked the centenary of the sale of the Danish West Indies.
The tool enabled users to remix old stereographic images taken by Peter Elfelt with user uploaded content, to create, save and share new three dimensional scenes.

My role: Design, UI, icon design and development of the web app. 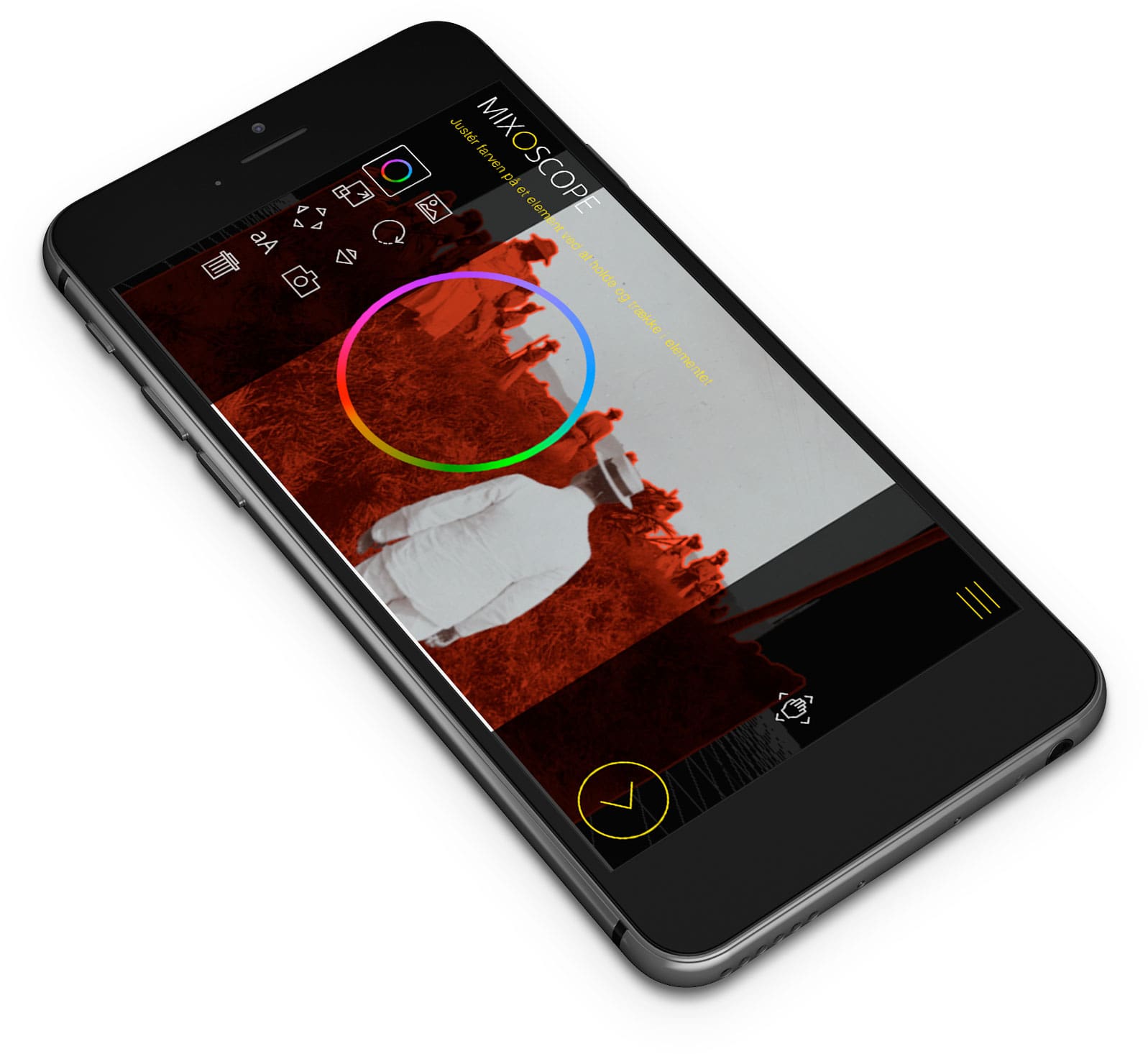 "Grafikstationen" is a tangible interactive worktable that teaches its users about the process of lithography and intaglio printmaking.
The touch-based installation is created with real authentic tools and without the use of touchscreens.
The users draw using their fingers on a real lithography stone and a real copper plate and are guided step by step along the way.

My role: I developed the software and was part of the design process.

— The software was developed using HTML, JavaScript and PHP. 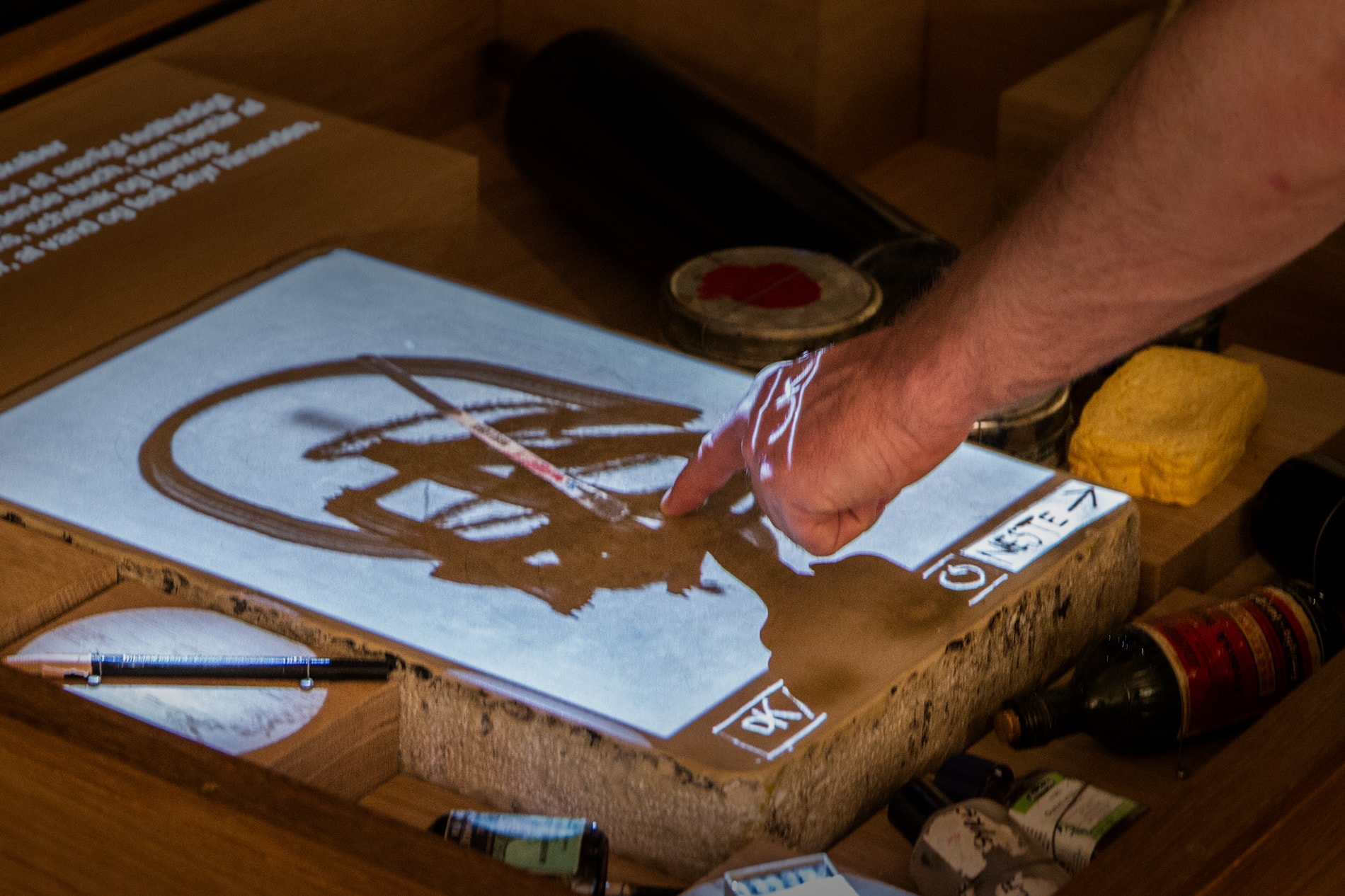 A part of art

An installation that allowed people to interact with artworks, making different characters "come alive" through movement and gesturing in front of a Kinect.

My role: I developed the software and was part of the design process.

— The software was developed in Processing 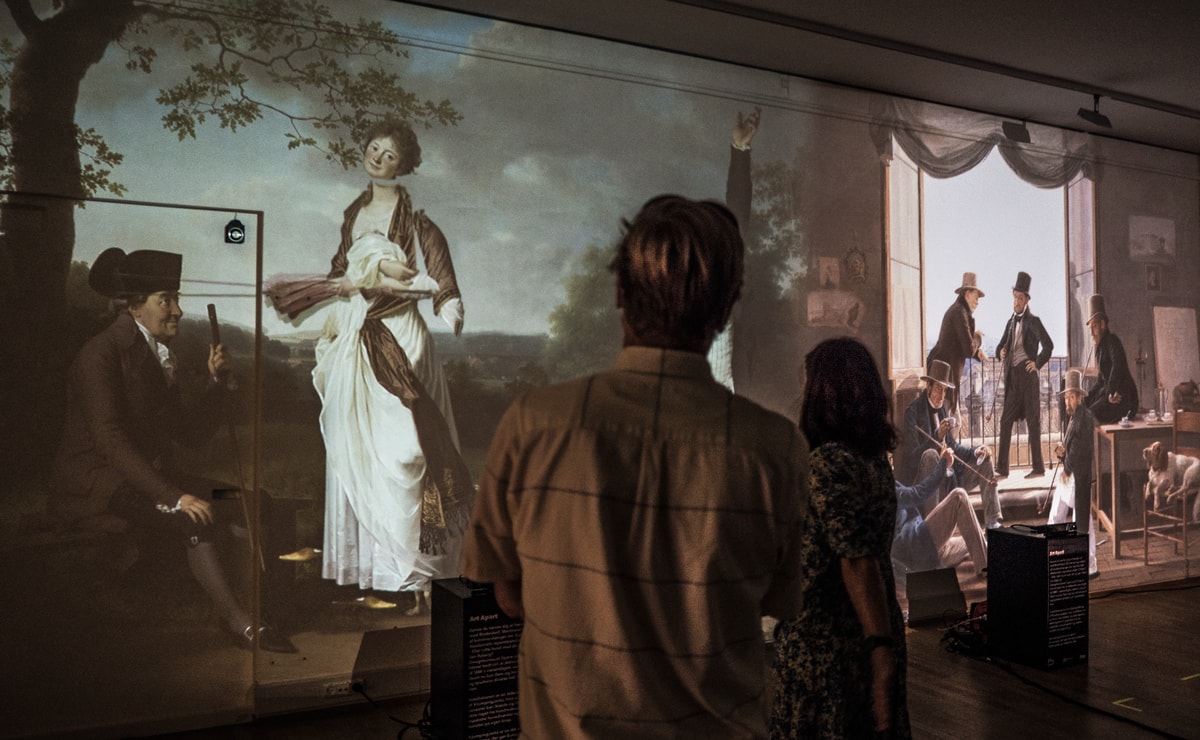 A "sea sickness simulator" that was part of the exhibition Storm; An exhibition telling stories of stormy weather and how it influenced ships and sailors through time.

My role: Development of the Unity based virtual reality experience 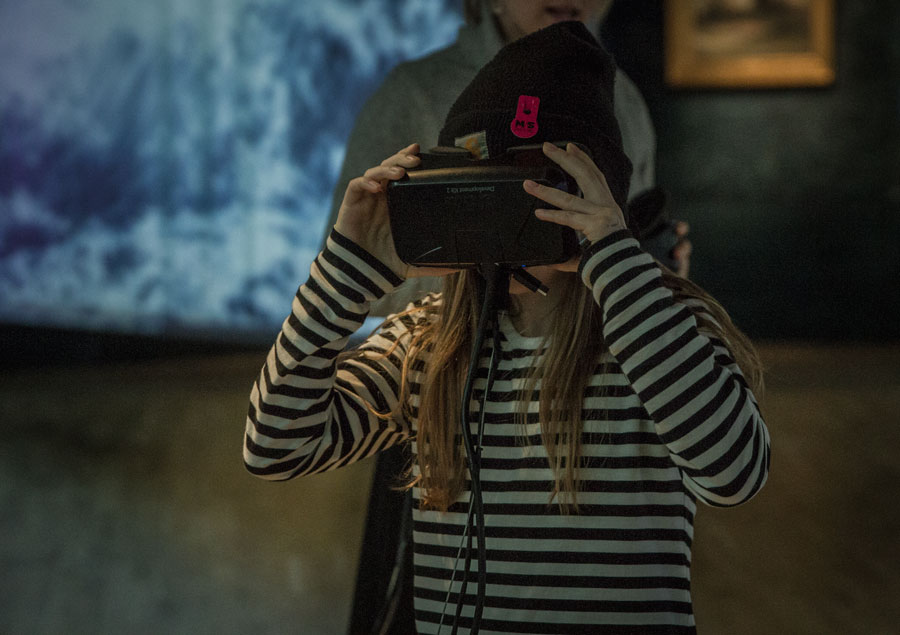 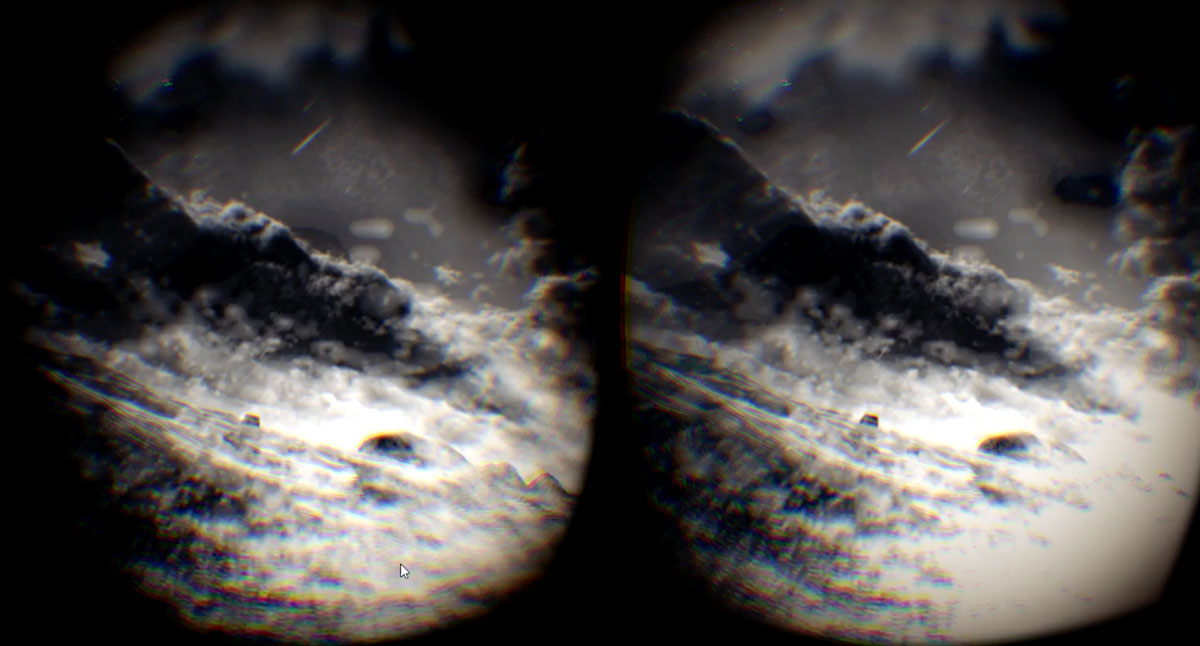 The NORD exhibition promotes NORD by letting users explore scenes from the "book" through four augmented reality experiences on iPads.
The augmented reality scenes are mapped on 3D printed surfaces, allowing the "rather gray" installation to come alive.

My role: I developed four Unity based augmented reality experiences and was part of the conceptual process.

— The NORD Exhibition was developed using Unity and Vuforia. 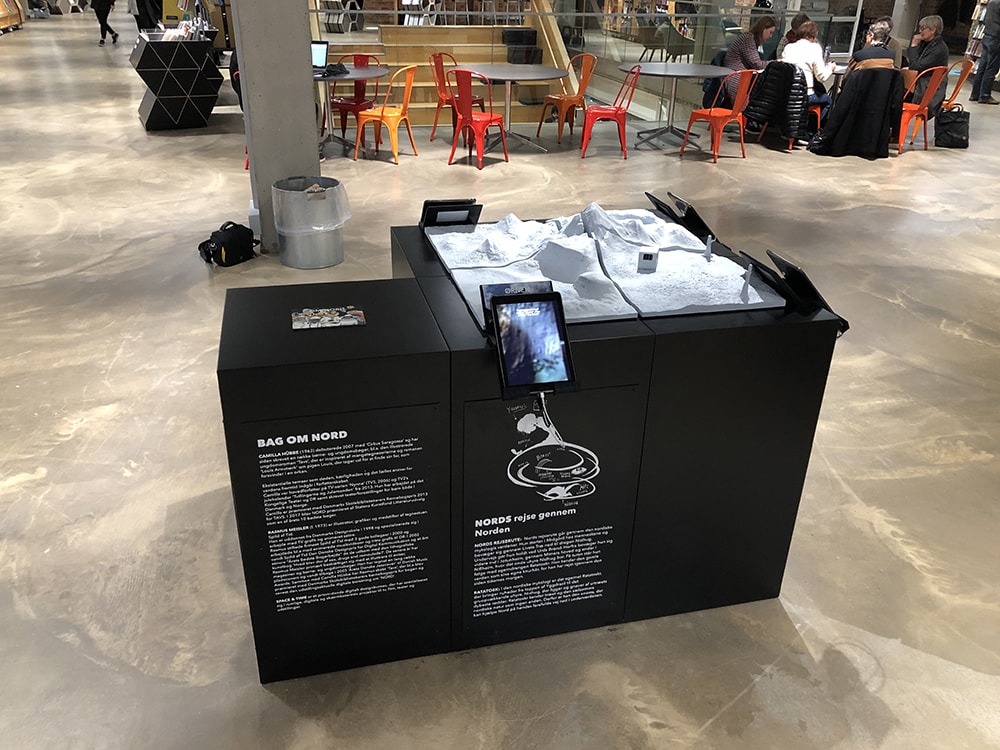 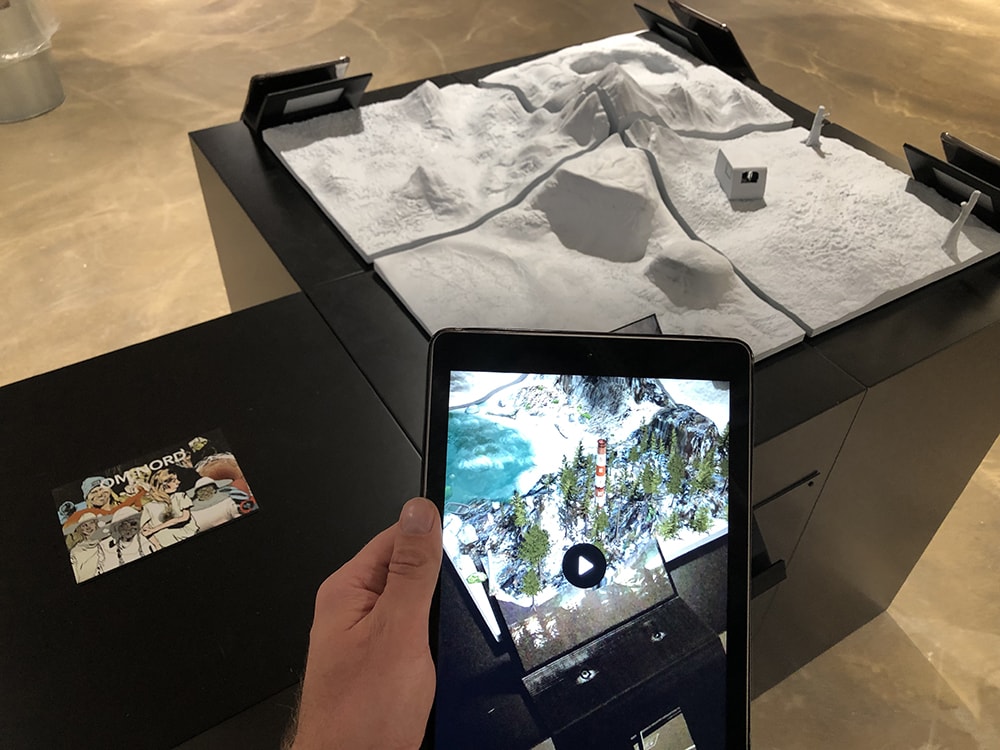 “Will you volunteer to save humanity? The Search is an interactive installation where you can test if your personality is fit to travel into outer space in search of new, habitable planets when life on earth is no longer possible. The installation and its scenography is also part of the film project The Search. Viewed together, the project expands different scenarios that try to come to terms with the consequences of man’s limited time here on earth in light of for example climate change, overpopulation and natural catastrophes.” ― Michael Madsen, Director

My role: I developed the web app.

— The personality test was developed for iPads using HTML, PHP, MySQL and JavaScript. 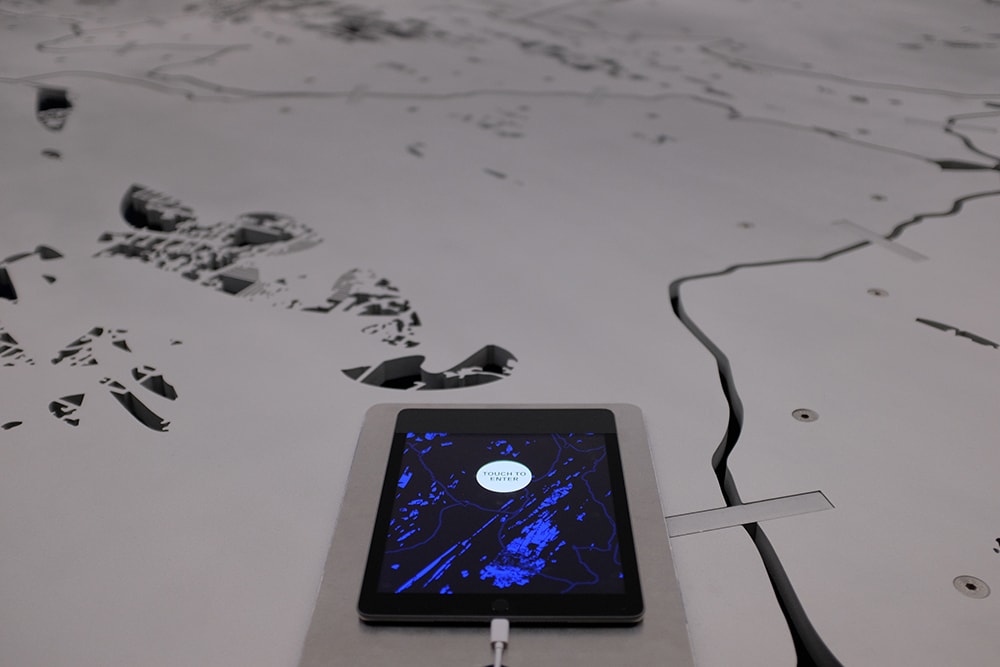 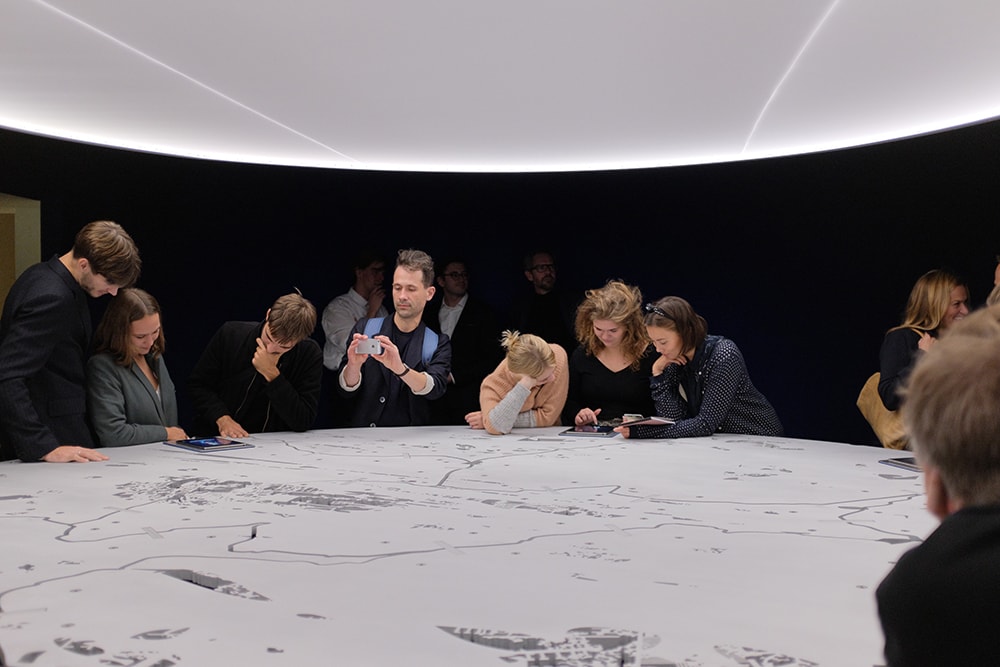 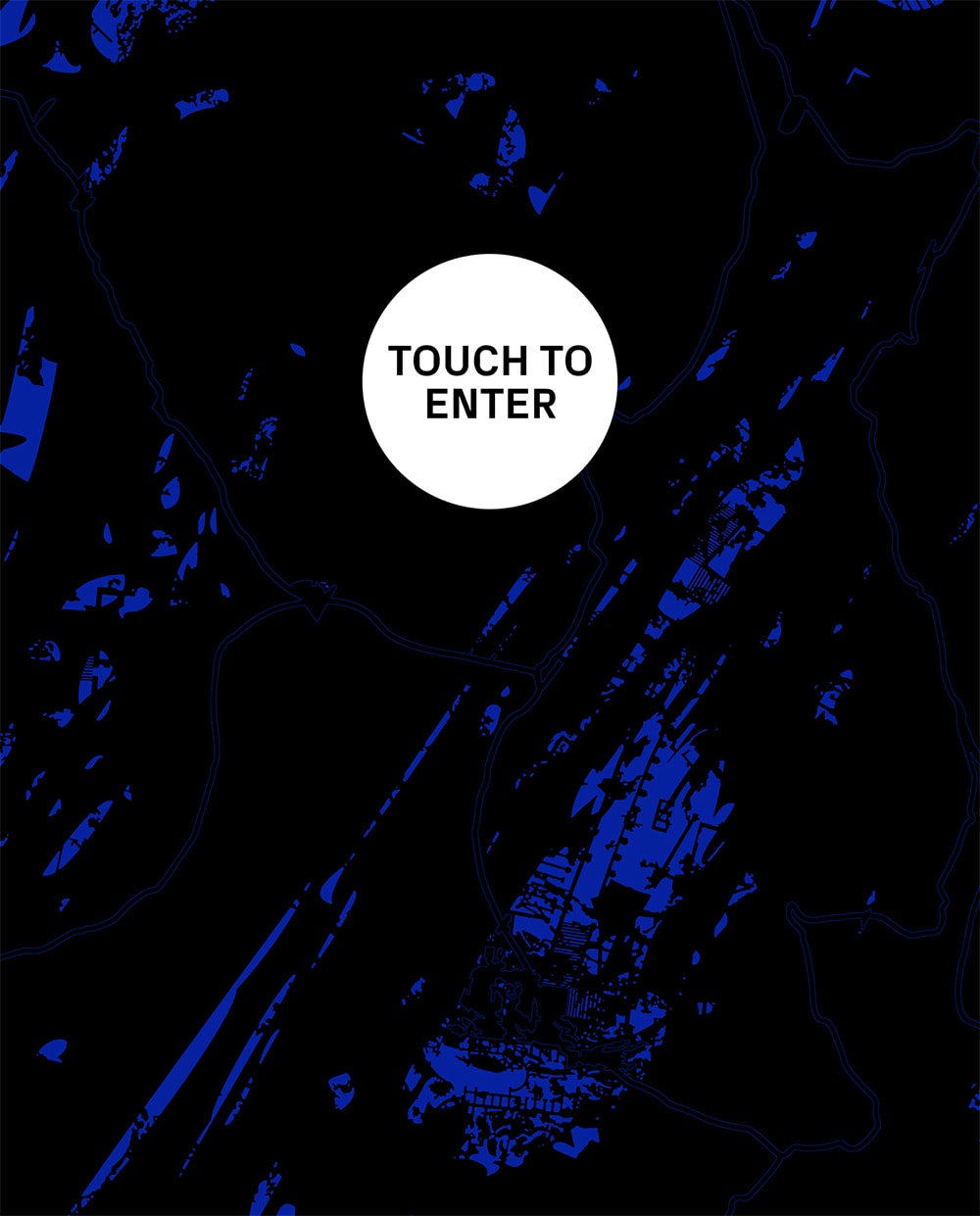 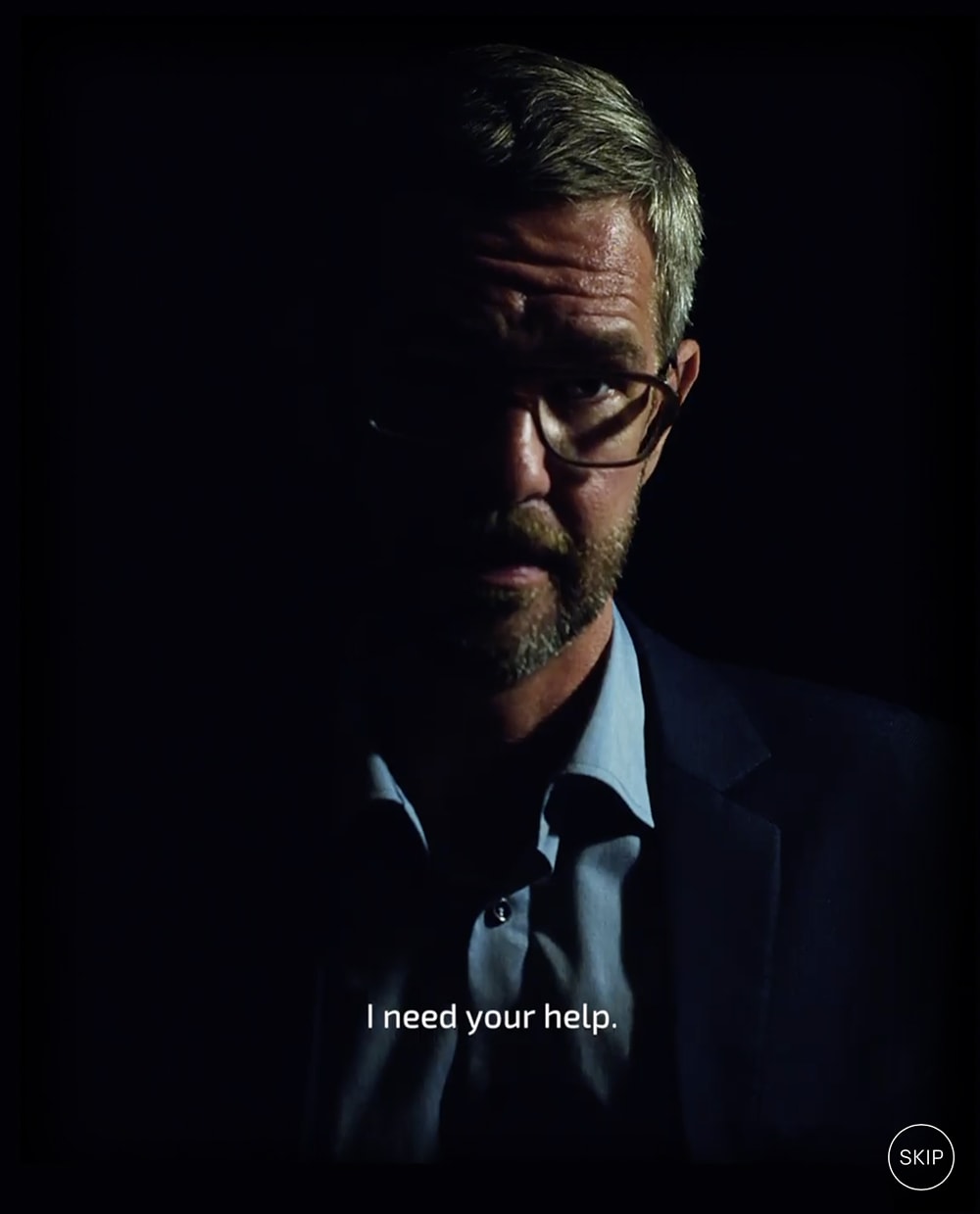 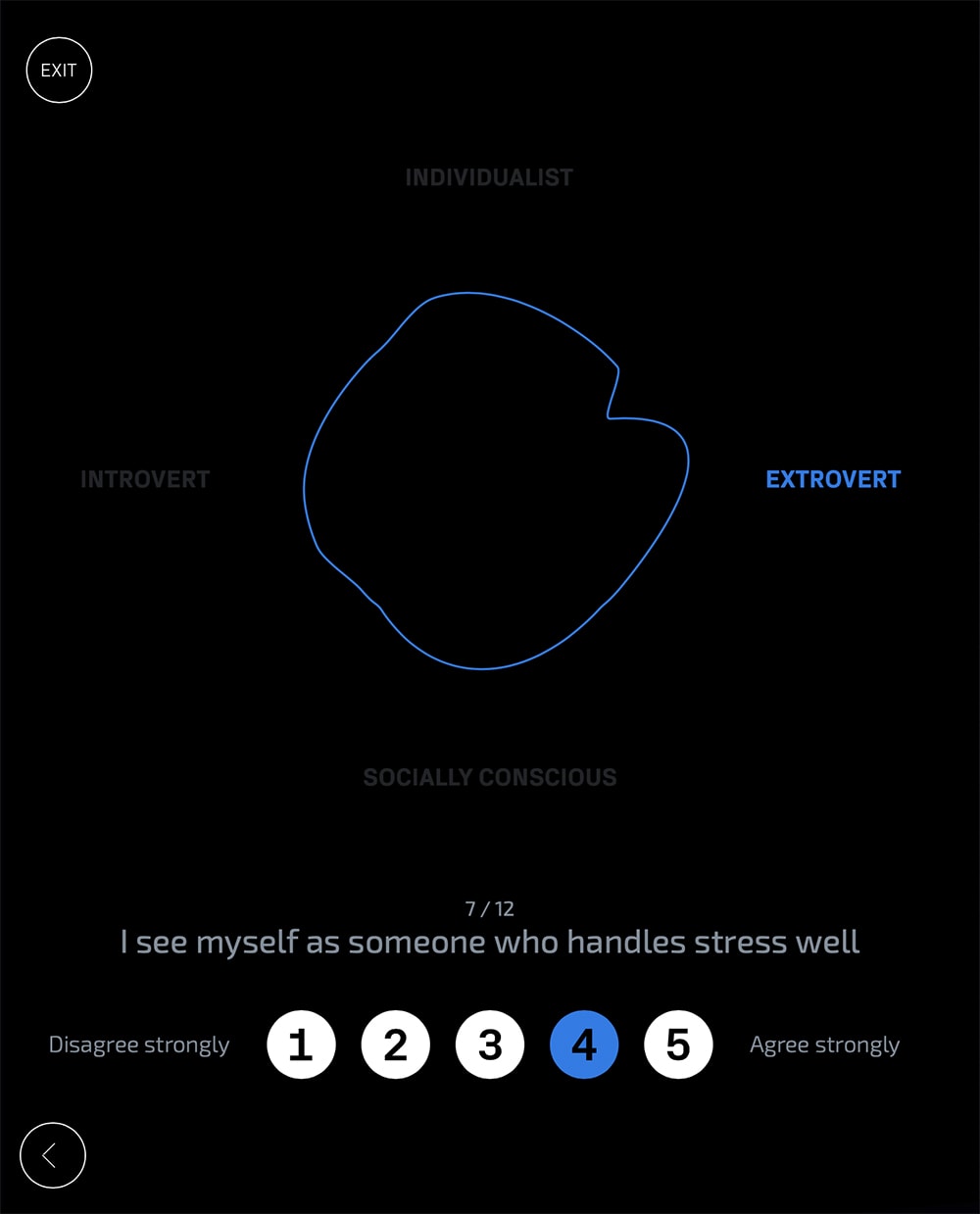 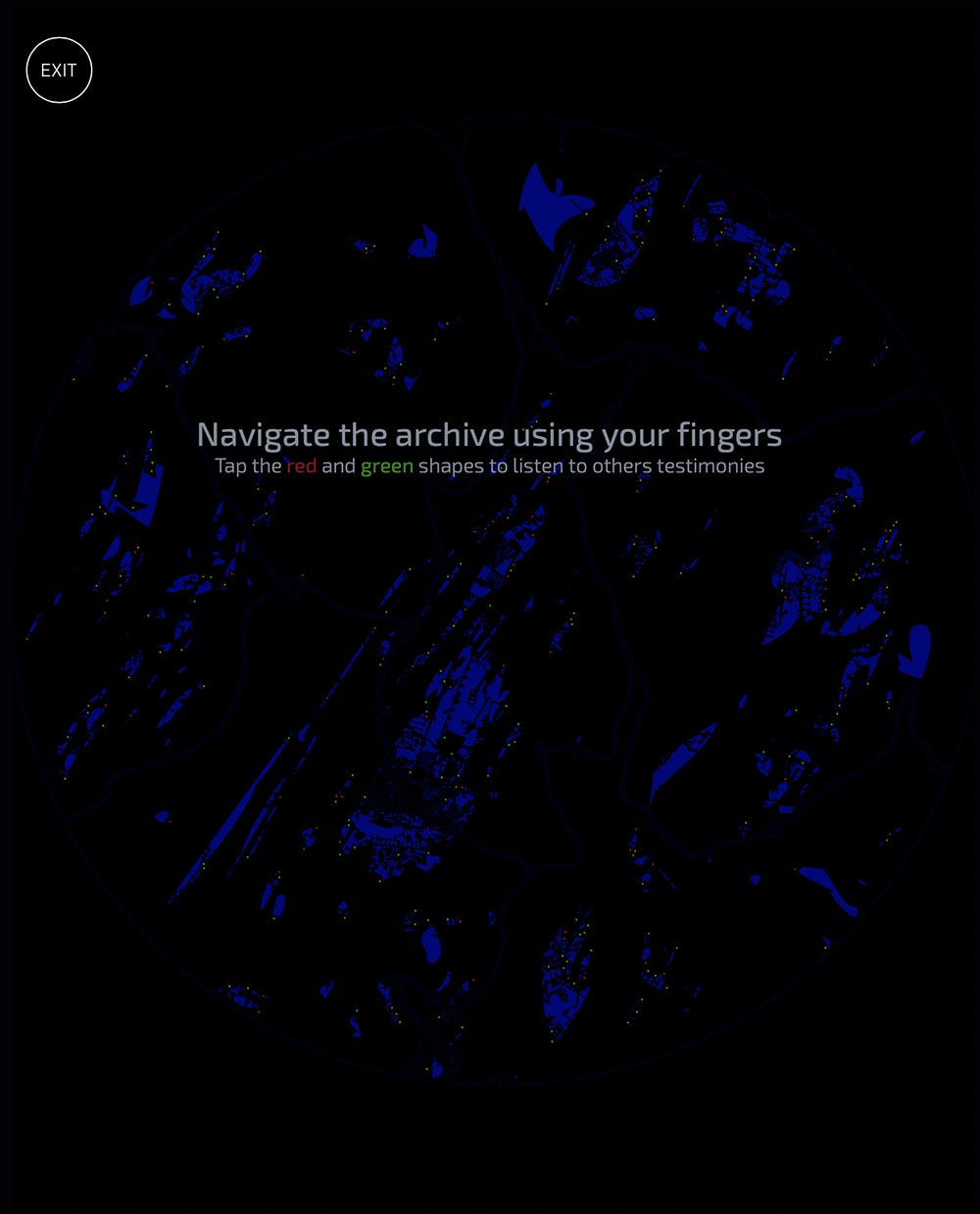 See more at spaceandtime.dk Read more and take the test